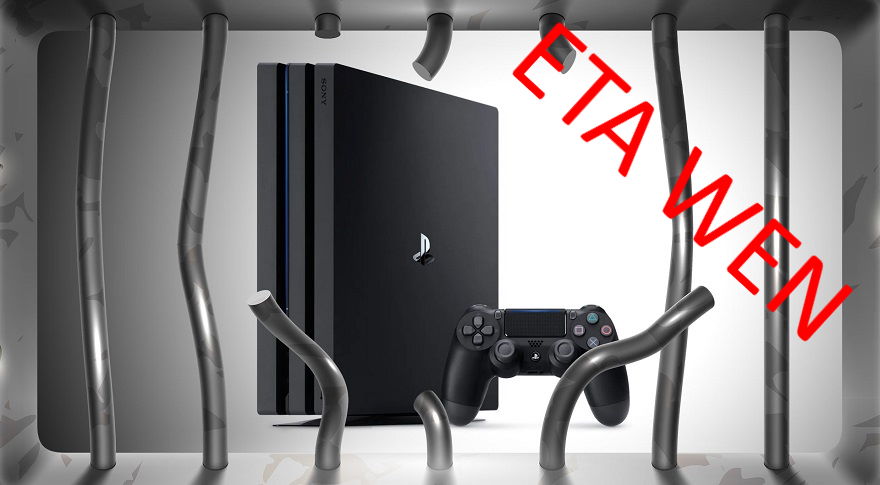 The latest and greatest PS4 Jailbreak was the pOOBs4 Jailbreak release for firmware 9.00 back in 2021. A lot of tools and homebrew games have been made available to Jailbroken PS4 9.00 since then. Firmware 9.00 is recent enough that it’s still fairly easy to get an exploitable console at a reasonable price (see below)

TL,DR: There is no publicly known kernel exploit for firmwares 9.03 and above, let alone discussions of a release. the best option for you if you’re looking to Jailbreak your PS4, is to buy a PS4 running firmware 9.00 or lower, at this point (eBay is your friend). Now, It is rare enough to be emphasized: this time around you might have better luck buying a used PS4 9.00, than trying to get a new model, as those have been out of stock for some time now.

For those of you who are stuck with a higher firmware and for some reason cannot buy a 9.00 PS4, there are two important rules you’ll need to follow: 1) patience, and 2) do not update your PS4.

Patience is key if you’re waiting for a PS4 Jailbreak. As I’ve mentioned before, the average time between two jailbreaks is around 9 months. But it has been as low as 4 months, and as high as 2 years. Without any significant news on the exploit front, nobody can really predict how long it’s going to take until the next one. But since the last Jailbreak was only a couple of months ago, people shouldn’t be holding their breath.

Historically, the average time between 2 Jailbreak releases on PS4 is 9 months. But it’s been as low as 4 months and as high as 2 years.

So if you’re on 9.03, don’t hold your breath. There were many heads ups but you somehow missed them, so now you have to be patient.

To “Jailbreak” a PS4, we typically need two exploits:

First, a “usermode” exploit, which is an entry point to run unsigned code through data that you have control of, as a PS4 user. Second, a privilege escalation exploit, also known as kernel exploit, which gives you greater control of the device, allowing things such as Homebrew ENablers, or “in-RAM” Custom firmwares.

The good news for 9.03/9.04 users is that we seem to have two potential usermode exploits for these firmwares.

webkit did not get patched from 9.03 to 9.04 (confirmed by an anonymous source). something else did

Firmware 9.50 however allegedly patches the Webkit vulnerability, so we already know that people who choose to update to 9.50 will potentially have a harder time exploiting their console in the future.

There is no ongoing discussion on the scene about a “new” kernel exploit, for any firmware. None of the reputable hackers has shared a “hint” of anything that would be kept under wraps at the moment. Which doesn’t mean there isn’t anything happening under the hood, but certainly indicates that people should be patient.

There doesn’t seem to be any working implementation of a usermode exploit for PS4 9.50 or above at the moment:

As far as BD-JB is concerned, it’s possible a subset of the vulnerabilities are still present on firmwares 9.50 and above, but TheFloW has been pretty clear that 9.50 patches his findings:

On this aspect, therecent firmwares 9.5x and 9.60 share the situation of 9.03/9.04: there is no publicly known kernel exploit for any firmware above 9.00 at the moment. Furthermore, there is no ongoing discussion on the scene about a “new” kernel exploit, for any firmware. None of the reputable hackers has shared a “hint” of anything that would be kept under wraps at the moment. Which doesn’t mean there isn’t anything happening under the hood, but certainly indicates that people should be patient.

In general, the hackers collectively try to “time” their releases in a way that they do not feel wasteful. This often means they will wait until a specific firmware patches the exploit, before releasing the exploit.

Unless a hardware vulnerability is found on the PS4, the PS4 Jailbreak world is going to remain a cat-and-mouse game between Sony and hackers. Kernel exploits will get patched as soon as they are released (and nowadays even before they are released), which means if you keep your PS4 up to date to the latest firmware, you’re pretty much guaranteed you’ll never be able to Jailbreak your console.

Keeping your PS4 on as low a firmware as you can is pretty much a prerequisite if you want a Jailbreak. It has several drawbacks such as the impossibility to access any online services on the device, including playing online. But it’s a choice.

Firmwares 9.03 and 9.04 are still impacted by two usermode vulnerabilities. Multiple reports suggest that 9.50 patched those.

With all of the above being said, I am not convinced people on 9.03/9.04 will see a Jailbreak faster than people on 9.50 at this point. The rule to stay on as low a firmware as you possibly can always remains true, but I’m not sure we can say that 9.03/9.04 are in a more convenient situation than other firmwares at the moment.

Specifically, no kernel exploit is publicly being talked about (let alone discussions of a release) at the time of this writing, so the probability for a PS4 9.03/9.04/9.50/9.51/9.60 Jailbreak “soon” is extremely low. People on these firmwares should expect to wait multiple months, or buy a second-hand 9.00 PS4.

disclaimer: the eBay links in this articles are affiliate links. If you buy through them, you don’t pay anything extra but I get a small commission.