Well, this is not a drill and it seem Christmas is a bit early this year. Developers SpecterDev, Chendochap, and Znullptr have just released pOOBs4, a PS4 Jailbreak for firmware 9.00.

Additional Credit is also given to Sleirsgoevy for the Webkit exploit (used as an entry point) and to TheFloW.

In this project you will find an implementation that tries to make use of a filesystem bug for the Playstation 4 on firmware 9.00. The bug was found while diffing the 9.00 and 9.03 kernels. It will require a drive with a modified exfat filesystem. Successfully triggering it will allow you to run arbitrary code as kernel, to allow jailbreaking and kernel-level modifications to the system. will launch the usual payload launcher (on port 9020).

Disclaimer: I (Wololo) have not tested the exploit at the time of this writing (need to update one of our consoles first) so I can’t vouch for its stability (webkit exploits are always a bit flaky) but the source for this information, SpecterDev himself, is a 100% trusted source.

A PS4 9.00 Jailbreak is huge, but it doesn’t stop there! Znullptr has stated that the kernel exploit also impacts the PS5. This could actually be a bigger piece of news than the PS4 Jailbreak itself, and we’ll be sure to follow up on that as soon as we have more details (for now, the PS5 exploit is not implemented yet).

Alright, was just a joke about caturday.
The exploit is legit, and as a bonus:
The kernel exploit affects Playstation5 as well!
(no, ps5 is not ready or being released, the lead developer does not currently have a ps5 console)

You can download the files for the exploit on the project’s github here. Please note that the exploit comes in two parts:

This is not your typical PS4 Jailbreak as it will require you to insert a USB dongle at the right time in the console. From the readme:

This exploit is unlike previous ones where they were based purely in software. Triggering the vulnerability requires plugging in a specially formatted USB device at just the right time. In the repository you’ll find a .img file. You can write this .img to a USB using something like Win32DiskImager. 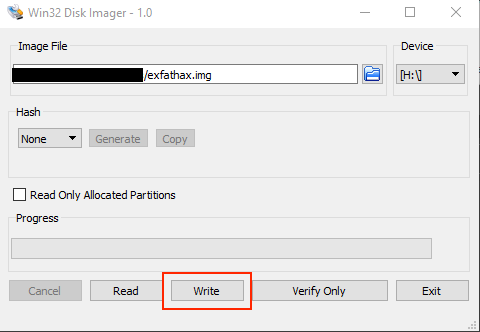 When running the exploit on the PS4, wait until it reaches an alert with “Insert USB now. do not close the dialog until notification pops, remove usb after closing it.”. As the dialog states, insert the USB, and wait until the “disk format not supported” notification appears, then close out of the alert with “OK”.

It may take a minute for the exploit to run, and the spinning animation on the page might freeze – this is fine, let it continue until an error shows or it succeeds and displays “Awaiting payload”.

Once you have the Jailbreak running, you can run Mira, a CFW/Homebrew enabler for the console. SpecterDev has shared the 9.00 version here: https://mega.nz/file/l2ol0ASY#ky5-0Of_6Qx0jIHr-jnpLOCnEMYdrxRRvyzOM82Km70

If you’re stuck on firmware 9.03 or higher, you’re out of luck for the time being. Your best bet is to rush and get a new (sealed) PS4 from any retailer right now, as it will be sure to come with firmware 9.00 or lower. This, of course, will get less true as time goes by, so time is of the essence if you want a Jailbroken PS4.