This is an apology letter for the people at /talk regarding the reason for my banning. Please read the whole article before jumping to conclusions.

The only sin I’ve committed in this scene is being a huge troll. Did you really think I would accept money in exchange for a kernel exploit? for god’s sake I’m poor not stupid.

This is how it all went.

Wololo was to add me to the banned group but not actually ban me (that is possible btw, I’ve done it before in the pro forums), while I make up a really elaborate and overly convoluted plan a la Sons of Liberty to make everyone believe that the banning was real.

The story goes that I leaked another hacker’s kernel exploit in exchange for money through /talk’s PM or whatever and that when they found out, I started replying to their messages in a bad manner.

Those who know me well would never fall for that (aside from the fact that those who know me already knew of the plan to troll the entire scene). I’ve been a tester for various kernel exploits in the past, including my own, and I’m in possession of some of the scenes biggest secrets (sadly only one or two actually related to Vita-side hacking).
Why on earth would I damage my reputation by being a dumb leaker? specially me, who I’ve fought leakers in the past and have shown great distaste for those who treat other people’s work like garbage.
I’m a developer first, and a user later, I know how hard finding a kernel exploit is, so I respect anyone with enough knowledge to find one.

But what saddens me of this is that some people actually wanted to see me depart from the scene.
Those people haven’t done a fraction of what I’ve done for the scene, they are the typical “I use exploit and give nothing back”, yet they wanted me to go? They are the ones who should go before they manage to drive every dev away out of frustration, spoiling the fun for the rest of us.
I don’t really care if they dislike me or not, I can’t force anyone to do it, but showing some respect for the devs that bring you all the *** you install on your system for free is the least we can ask for.

Motivation
wololo.net is a very serious and professional site, we can’t deny that. We publish articles that are always either about the latest news or about more advance stuff like MIPS, C and exploits.
That being said, having a good laugh every now and then is healthy, and while it’s true that wololo organized a huge easter egg hunt, which should be fun, I wanted to take april fools to the next level and create a joke that would be hard for users to detect and see through.
That said, the joke was a complete success as only one or two people saw through it. But it was just that, a joke. 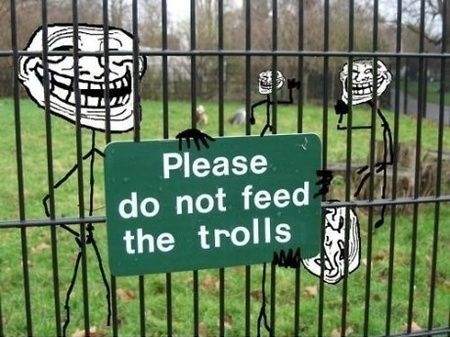 If you do not like the joke, I don’t care. I have my own sense of humor and I am pretty sure more than one person will have a good laugh with it, to those that do, awesome, to those that don’t, just move along and ignore it.