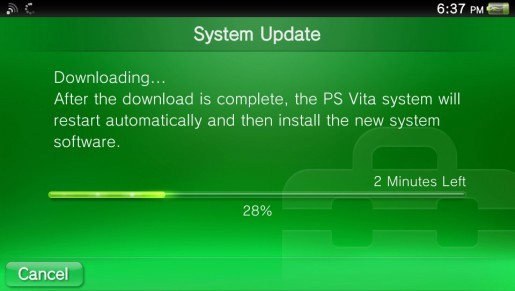 Sony just released the firmware 3.12 which addresses a bug, introduced in firmware 3.10, that was the cause for the failure of some bigger memory cards.

The firmware 3.10 was released a few days ago and introduced a bug, that caused some bigger memory cards (32GB/64GB) to fail and forcing the PS Vita to restart or promt a formation pop-up.

Instead of losing all the data that is currently at said faulty memory cards, one should just remove the memory card and update the PS Vita to firmware 3.12. Updating via Wifi without a memory card might result in an error. In that case one should update the faulty PS Vita via PC, PS3 or Cartridge.