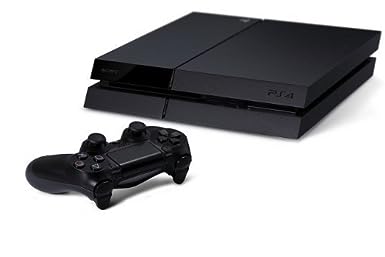 Today was Sony’s E3 conference, and, as expected, the conference focused mostly on the upcoming PS4. As we’ve already mentioned, they announced a price of $399 and a release for the holiday Season this year.

Besides the hardware itself, which we finally got to see (I personally think it looks gorgeous, although I’d have preferred it a bit smaller), Sony announced a bunch of videogames for the PS4, showcased a few trailers, as well as realtime (really?) gameplay of upcoming PS4 games.

I’ll skip the introduction which was about the “entertainment” side of the PS4. Netflix, Amazon Instant video, Redbox Instant, Flixster… you’ve heard that before, and everybody expects any piece of electronics today to run the most popular video streaming channels, so that’s a given, and as gamers, that’s not what we are looking for.

Sony seem to have understood that, and they quickly switched to the meat of the conference, with a stream of game demos and trailers. Sony announced 20 titles for the PS4, 12 of which are brand new titles (per opposition to sequels)

This steampunk game is an exclusive for the PS4 by ReadyAtDawn studio. The presentation emphasized that this is content actually rendered by the game engine, and that the transition between videos and gameplay is extremely smooth. Let’s be careful though, as it wouldn’t be the first time the game looks way better in the trailers than once you actually play it on the real device.

The Killzone Franchise does not need to be introduced. Honestly this looks to me like yet-another shooter, but it seems to introduce a few interesting gameplay elements. From a technical point of view, whatthe video shows does not feel impressive to me, it’s on par with good quality stuff that we can already find on the PS3

These games were already announced as launch titles from Sony a while ago, and we got to see the trailers again.

One of the great surprises of this E3 for me, this video is both technically impressive, and… has a nice twist… I won’t spoil it if you haven’t seen it yet. It does not seem to be an actual game though, just a technical Demo from Quantic Dreams (of Heavy Rain fame) of what they can achieve in terms of facial details with the PS4. Can’t wait to see what these guys will do with the PS4

The E3 conference moved to a section regarding indie games. They emphasized how the ps4 will make it easier for indie developers to self publish their games on the store… This was an interesting part, mostly because I see this as Sony’s strategy to annihilate the growing competition of other consoles such as the OUYA, but also their way of replying to Microsoft’s “TV TV TV” approach with the Xbox one. Sony are saying “we’re here for gamers and game developers first, the rest is icing on the cake”.

Sony introduced Indie games such as Transistor, Don’t Starve, Mercenary Kings, Octodad, Secret Ponchos, and more. These are not the AAA titles that will sell the console, but they will contribute to bringing a rich library to the console from day 1, and among these Indie titles often lies a gem like Journey.

Square Enix confirmed Final Fantasy XV and Kingdom Hearts III. I won’t go into details here as I am not familiar with these franchises or Square Enix in particular, but I’ll just say this: NO KID EVER DOES THAT WHEN THEY ARE ANNOYED!!!!111111oneoneoneeleven

Japanese video game creators really need to go out, get laid, and actually have kids, in order to understand how weird this looks. The only people who blow their cheeks this way are shibuya girls who pretend to be angry, and try to look cute at the same time (which doesn’t f###ing work, they just look retarted when they do that! Stop doing that!). This is one of the most annoying things I’ve ever seen in Japan, and the last thing I want is to see it in video games. This frame in itself (which I shamelessly took from arstechnica because that was the perfect screenshot) is what describes the best how I feel about this new Final Fantasy game: the graphics attempt to look realistic while keeping a “manga” touch, and to me the result was extremely disturbing, ending up in the uncanny valley.

This demo was interesting. The game in itself looks great, as expected from the Assassin’s Creed franchise, although it was difficult to tell from the demo if this new episode brings much to the franchise in terms of gameplay. More interesting was the lag during the demo, which seemed to indicate the game was actually a streamed video, that Sony were trying to showcase as actual live gameplay… hmmm

Ubisoft’s upcoming title for the PS4 is the one that impressed me the most in this presentation. In this game where your character seems able to control any electronic device close to him, bad people and the police and pretty much everyone around you seem to be looking for you. The game seems to mix stealth and action, and looks really good.

The people from Bungie showcased what seems to be a pretty typical but neat FPS.

This one didn’t show much, but is so shockingly in line with the first mad max movie that it gave me goose bumps. Hopefully they won’t mess up this great movie franchise.

Other announcements included Diablo III, NBA2K14, Elder Scrolls online (with the Beta being available on the PS4 before any other device). Sony also insisted on the benefit of PS+, and are progressively building a service with lots of added value, that can be compared to Amazon’s Prime service. It makes more and more sense for people who own more than 1 Sony device, to register to Prime+, and, even for people who only own either a PS3, Vita, or PS4, PS Plus seems to bring lot to the table. As part of this discussion though, it seemed Sony hinted strongly that a PS+ subscription will be needed to play online. Which is equivalent to what Microsoft offers today with XBox Live, but would be a dramatic change in Sony’s policy so far.

One of the most important moments of the event was Sony’s hilarious taunt at Microsoft, when they mentioned that the PS4 would “obviously” play used games. Microsoft are in the middle of a controversy for the Xbox one as they announced used games on their next gen console would only work under certain conditions. Sony’s reaction was both hilarious and spot on:

This is just brilliant.

Sony also emphasized that the PS4 won’t require you to be constantly logged in in order to play (another of Xbox one’s “features”). This got massive cheers from the crowd, and extremely positive reactions on Social networks. Finally, they announced a price of $399, cheaper than the Xbox one’s $499, and interesting irony considering the opposite was true for the previous generation, and knowing that the PS3’s price was hugely criticized at the time.