My VHBL exploit: grab it while it’s still hot!

(Note from Wololo: The author of this article is Acid_Snake, not me. “me”, “my”, or “I” in this article refers to him, not me; and opinions expressed in this article are his, not mine 😉 )
In the last several ours an italian site, whose admins found the same exploit I did, decided to release my exploit as if it was theirs, without my consent and without synchronizing with wololo.
This lead to the quick expansion of the game’s name through important news site that don’t really care if they are helping spread a harmful leak, all they want is followers, you know who you are, thanks a lot for making the scene a total mess.


Leaving aside the leakers and people who supported them, here are the name of the games. That’s right: GAMES. There’s not one, or two, or three, but FOUR.
All having the same vulnerability: 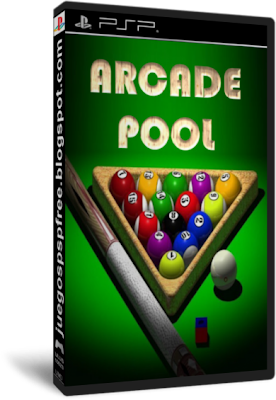 Grab whichever game you like that is available in your store.
There is one more game that had this same exploit: Pool Hall Pro, but DO NOT BUY THIS ONE, as it was secretly patched by Sony with firmware update 2.60.

The history behind these games is quite a large one, so skip it if you want.

A year ago I was contacted by a /talk member name wistine, back then I was pretty much anonymous and wasn’t that well known, but this guy decided to ask me for help with a crash he had which, while not exploitable, was pretty interesting. The crash he found was in the game Pool Hall Pro. I immediately decided to check the game and reproduce his crash, but instead, I found a better one, a crash that overwrote $ra, so it was directly exploitable, but sadly, the exploit was only available in the US stores. Not long after that, I found that the European version of Pool Hall Pro did exist, but it had another name: World of Pool. This lead me to believe that more games made by the same company had the same exploit, and that was true: Arcade Darts, Arcade Airhockey & Bowling and others. This exploit was kept a secret for a long time by A LOT of people, and nobody ever leaked, even other devs independently of me found them, and they also kept it a secret. All good until firmware 2.60 came and a few testers of Pool Hall Pro reported that the exploit no longer worked as the save appeared as corrupted to them. After checking the firmware files for 2.60 we could confirm that the game was indeed patched, but none of the other games with the same exploits were. I knew it was just a matter of time before Sony realized that other games had the same exploit as Pool Hall Pro, so I decided to release them.

This was to be a huge Ninja Release, as these games are available in almost all stores and have a great deal of compatibility, but people who wanted fame and recognition decided to leak it and claim it theirs, and people who wanted followers

Last but not least, I want to credit every person that needs to be credited.

– Acid_Snake, who originally found the exploits in Pool Hall Pro and World of Pool.
– Frostegater, who found the same exploit in Arcade Darts, confirming that more than one game had the same vulnerability.
– qwikrazor87, who ported VHBL to Arcade Airhockey and Bowling, as well as his great work in the community.
– The Z, for confirming the games’ availability in all stores.
– All of Console Heaven’s VIP members, who kept this exploit hidden for so much time.
– Fate6 and gdljjrod, who pointed out that Pool Hall Pro was secretly patched in 2.60
– Total_Noob and the PRO Team for their great work on the scene.
– Wololo, who made the initial VHBL port of Pool Hall Pro a possibility and his great work in the scene.

There was to be a few surprises in this release, including multiBootMenu V4 (by Acid_Snake and GBOT), which added support for VHBL, allowing you to have more than one menu installed at once. pyMenu 0.4, which includes huge changes compared to the previous release. And a possible update of 138Menu by GBOT. But none of these had time to be finished, so you’ll have to wait a few to see them.

Note from Wololo: at the time being, given that the public announce was a surprise to most of us, we are still figuring out how and when Acid_Snake’s VHBL port will be released. Please stay tuned, and in the meantime, grab any of these games while they’re available.